My dear furiends! I hope you are all fine and busy with sleeping, purring and licking your paws, like me?!

Autumn has definitely arrived in Switzerland…so I’m not very motivated anymore doing stuff outside! The sun is still shining, though, but the temperatures dropped – definitely too cold for my taste! Reason enough to do some naps and beg for goodies, like “poorest me”! Know what I mean?! *blink-blink*

My newest yummiest thing I discovered is oat milk! Boy, that’s soooooooooo goooooooooooooooood!! Nowadays, my Mum serves me a little tiny bowl every morning! (Hehe, got her…)

Anyway, some of you know that my Dad has been in New Orleans….well, Franklin…. for a week. Then, he contacted me a couple of days ago and asked me if I could prepare a new post. Yeah well, since I couldn’t be bothered hunting mice this week, I agreed and he sent me some pictures and a short text!

I’m very impressed I must say, New Orleans and its surroundings must be a beautiful and charming place and I bet my Dad had a lot of fun….well, he mainly was working there, but – hey – not 24 hours! Right?!

So – ta-daaaa – here are his pics and his comments:

After I arrived in New Orleans and at my hotel around 20:00, the first thing I was informed about was that there was a carnival going on (I was thinking, yeah it is New Orleans after all)

After seeing the carnival I went to the famous Bourbon Street and looked around…. yes and had a few beer as well. Fantastic, I must say with so much live music of all the kind around on the same street. Almost every bar had a live band playing and it was for free to go in and listen – whaaoooo! That would never happened in Switzerland (nothing’s for free, mate…)!

The day after I took a stroll through the French Quarters again to see it in daylight as well. Quite beautiful then too, with some of the houses from end of 1700.

Three days later my work in Franklin, Louisiana was finished and I went back to New Orleans. Checked in at the Dauphine Orleans Hotel which is placed on Dauphine Street (parallel street to Bourbon Street). Here I learned that this was in the 1800 a famous brothel, named May Baily’s Place. They even had the old certificate and a few pictures on May Baily, who was the owner.

The day after I drove to Louis Armstrong Int’ Airport for my trip home which went over Newark. On Newark airport I was hungry and want to have a bite…. To my surprise was there no waitress/waiter. It was just an iPad standing on each place with a card reader…. “Where does this world going I’m thinking” No one to ask what they recommend or no human contact anymore.

My opinion is that this is a tragic development. 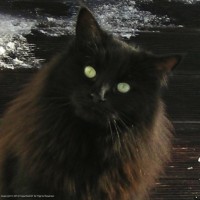